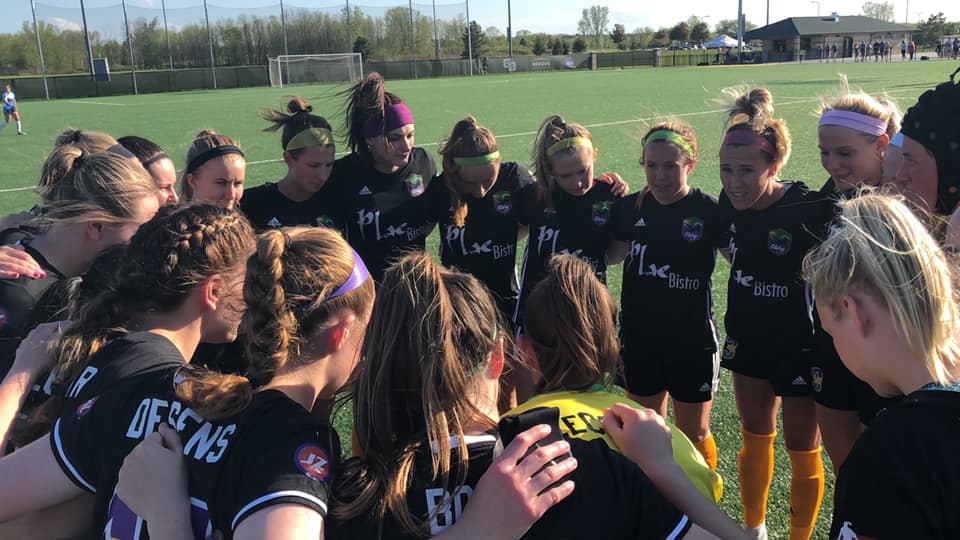 The Green Bay Glory opened their official season to a packed stadium on Saturday with a 2-1 loss to Milwaukee Torrent.  Fans poured into Aldo Santaga to watch the Glory play their first game against the only other Wisconsin team in the WPSL.

There were multiple challenges and struggles the Glory faced, being a first-year organization against the Torrent, a well-built, experienced team.  Chad Johnson spoke of the friendly rivalry first game as “no more value than any other game” and how he’s “just trying to battle for points in the WPSL.”  His composure held solid throughout the game.

The wind speed was a brutal factor as players on both teams found difficulty scoring early in the first half.

History would be made in the 23rd minute as former Torrent player, Caitlyn Hawley struck a one-time volley off a corner kick from Hanna Lech to open the scoring. Confetti cannons exploded and Green Bay was officially off and running.

The aggression and physicality only heightened as the Milwaukee Torrent came into the second half fighting for the win.  A penalty kick was awarded to Leah Celarek of the Torrent, which was missed in the 50th minute. However, the Glory wasn’t so lucky when the Torrent was awarded a second penalty goal just minutes later, which allowed Natalie Yass of the Torrent put the score at a 1-1 in the 58th minute.

With eight minutes remaining in the match, Green Bay fought with difficulty to keep Milwaukee out of their box. Nina Nicosia finished the ball off to secure the lead for the Torrent at the 82nd minute.

The Glory take this loss and turn it to motivation as they face off against Chicago City on Saturday. Kick off is at 7:00 pm at Aldo Santaga Stadium on the campus of UW-Green Bay.

You can purchase your single game or season long tickets at www.greenbayglory.com