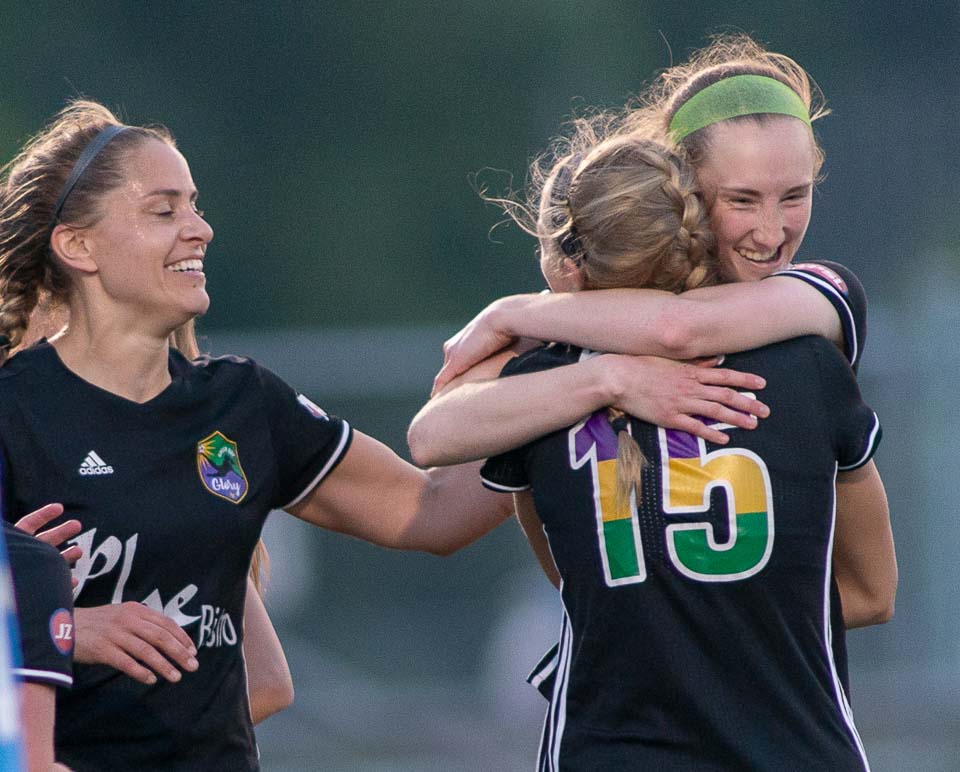 There was no better way to finish off the first Green Bay Glory season with a raucous 3-3 match against intrastate rival Milwaukee Torrent.

The match had barely settled in when Jaci Mielke intercepted a pass in the Torrent final third, beat one defender then placed an unbelievable shot in the far top corner for the first goal of the match.

Milwaukee would answer midway through the first half with a goal from Maddie Monticello in the 21st minute. The Torrent would take their first lead of the match in the 44th minute as Rachel Johnson would slot a shot past Sarah Klimisch.

Just 30 seconds later, Mackenzie Scholz would answer back as the Glory quickly moved down the field to tie the match just before the halftime whistle.

Green Bay and Milwaukee exchanged chances throughout the second half until a loose ball lead to a penalty kick called in favor of the Glory. Brynn Desens stepped to the spot, placed her left foot through it and gave Green Bay the 3-2 lead in the 58th minute.

Milwaukee would have the final say as Jordyn Rolli sent a corner kick into the goal off a well placed header in the 71st minute. With neither team able to break the deadlock, the final match for both clubs in 2019 ended in an energetic and exciting draw.

“First hats off to Torrent for a great match. Coach Davi and his roster of quality players always presents a huge challenge.  Going on the road against our instate rival and coming away with a single point is huge. The Glory players dug deep and the bench came up big in providing valuable productive minutes. This was a great way to end our season.  I’m very proud of all our players, and staff. Plus a huge shoutout and thank you to our fan base who traveled to represent the Glory Pound in big numbers tonight. We heard you and we play for you!!!! I’m excited for the future of Green Bay Glory soccer.”

The Glory finish their 2019 WPSL campaign with an overall record of 4-5-1, good for 13 points and a fourth place finish in the Midwest Conference. Green Bay also finished 3-1 in their friendly matches.