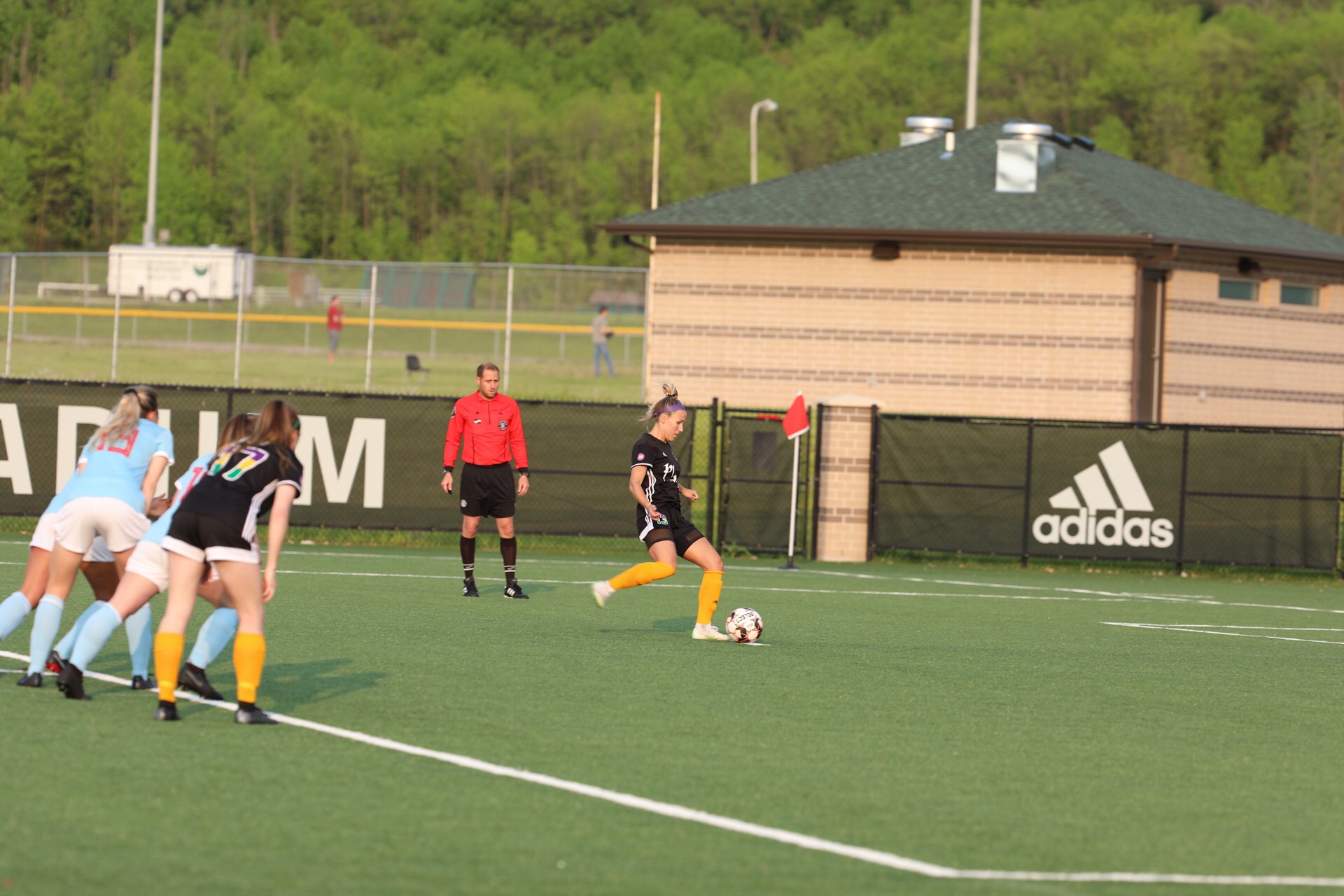 Saturday night was a historic evening as The Green Bay Glory scored 4 goals against Chicago City to secure their first league victory and 3 points of the season.

After just two minutes, Anna Boyd charged into the Chicago City box and was taken down from behind, resulting in a penalty kick. Mckenzie August stepped up and barred her shot to the far post and the Glory jumped out to an early 1-0 lead.

Green Bay would cash in once more in the first half as Brynn Desens flicked a header over one defender which allowed Jaci Mielke to body up her defender and strike an incredible volley to the back post just past the diving keeper.

After the teams exchanged changes for most of the opening part of the second half, a ball found Ann Maki on the outside corner of the box, she picked her head up and delivered a perfectly placed left footed cross to the back post as Whitney Peterson ran on to it and struck a bending shot past of keeper to make it 3-0.

With timing winding down, Shannon Becker emerged on a fast break deep into Chicago City territory, after a quick cut into the middle of the box, a rocket of a shot deflected off the keeper and fell perfectly for Nicole Friis to tap home for the final goal of the match.

While the scoreline doesn’t show goals in Chicago City’s favor, their players demonstrated high-class soccer and were inches away on more than one occasion from beating Glory keeper Ashley LeCount. The Green Bay defense held strong and posted their first shutout of the season, thanks to LeCount commanding her backline and impressive play from Morgan Reinhard and the entire Glory backline.

The Glory are back in action Wednesday night as they host North Shore United U23s in a friendly match at 7:00 pm at Notre Dame Academy then travel to Chicago to take on the Red Stars Reserves on June 9th at 4:00 pm.

Single game tickets can still be purchased by going to www.greenbayglory.com.