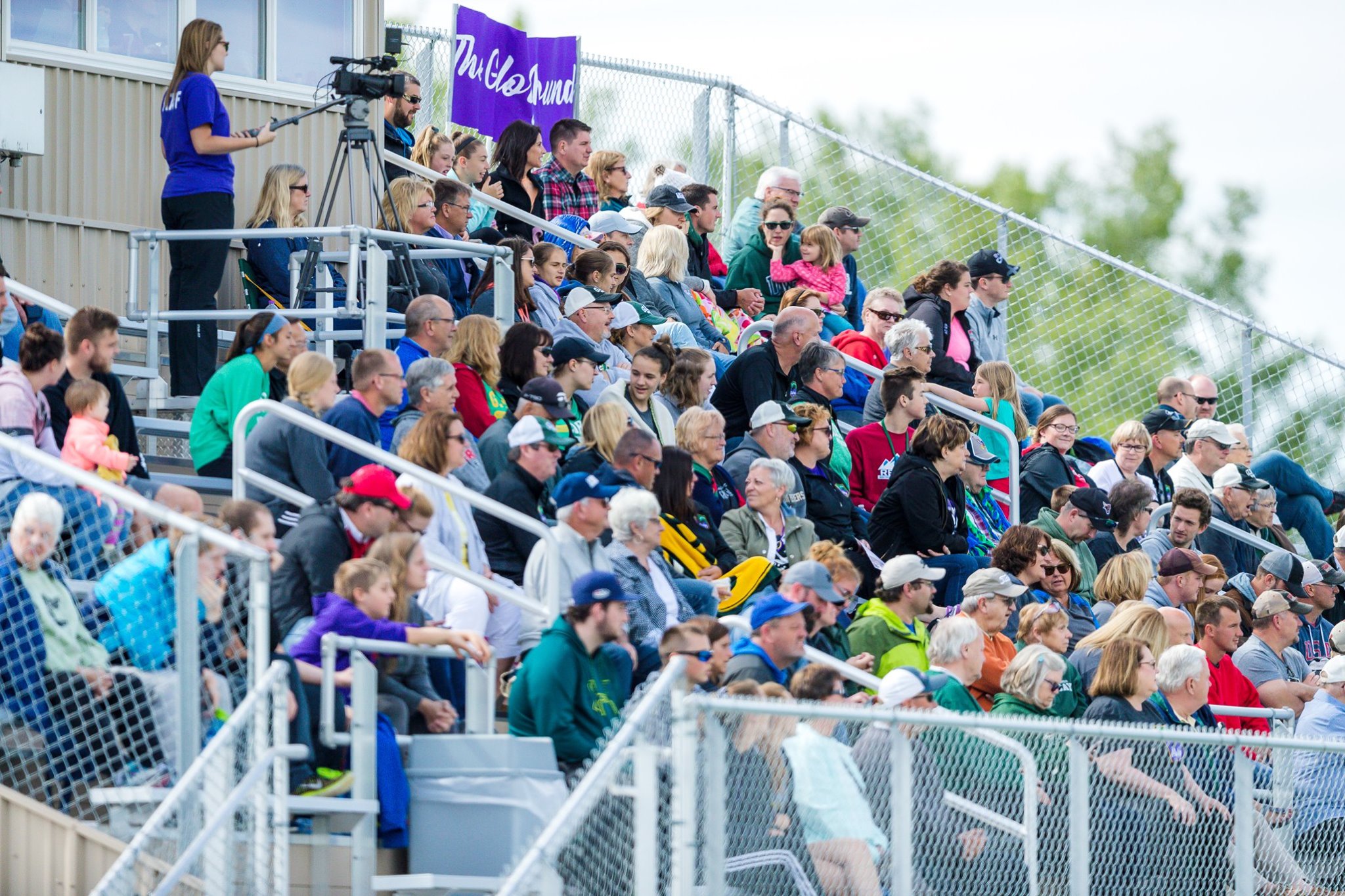 The Green Bay Glory battled both the elements and Indy Saints FC to capture a 4-0 win to close out their home matches at Aldo Santaga Stadium on Thursday night.

Both clubs took time to find their footing once the match kicked off, exchanging several shots, but neither found the back of the net.

Glory leading goal scorer Jaci Mielke broke the deadlock in the 17th minute after a perfect pass from Grace Taylor found her in the box. Mielke beat the keeper to the ball and tucked it into the near post.

Two minutes later, Morgan Reinhard found space on the right side of the field, swung a perfect cross into the box and Monica Majeski sent a glorious header to the back post that left the keeper grasping at air.

The excitement wasn’t done yet, as just one minute later, Taylor would find Mielke once again. This time at the top of the box, Mielke dialed up a shot from 20 yards out with her left foot, helped by a small deflection, it rocketed into the goal to give the Glory three goals in four minutes.

Indy Saints brought tremendous pressure to start the second half, causing Ashley LeCount to make several quality saves. LeCount and the defense stood strong to match the shut-out that Sarah Klimisch and her defense started in the first half.

Finally, in the 79th minute, the Saints keeper had a ball spill out of her hands and allow for Caitlin Hawley to swoop in to tap the ball home. It was only fitting that Hawley scored the first goal of the season at home and then scored the last goal at home during the 2019 WPSL season.

Green Bay hits the road for the final two matches of their season, starting this Sunday against Chicago City, then finishing July 6 against Milwaukee Torrent.