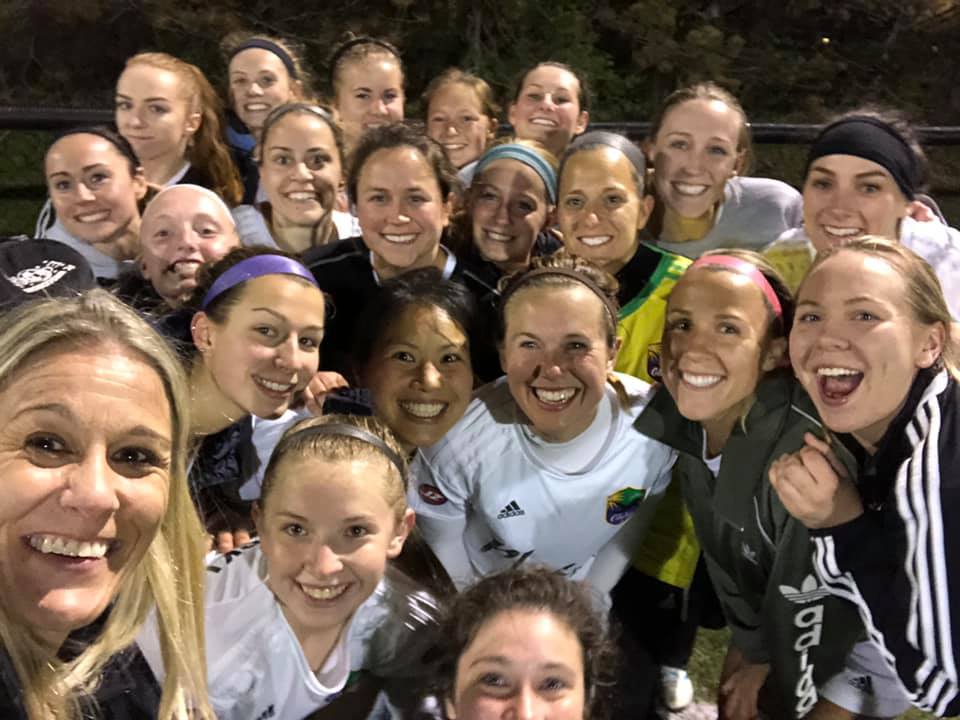 The Green Bay Glory captured their first win in club history Monday night with a score of 2-1 against the North Shore United U18 squad. A pair of goals from Mackenzie Scholz in the second half proved to be the difference for Green Bay. Electric energy filled the Glory players for 90 minutes as the squad never backed down, regardless of the talented North Shore squad threw at them.

After conceding a goal in the first 20 minutes off a corner kick, Green Bay started to get their feet under them. Down 1-0 at halftime, coach Chad Johnson made several adjustments, one included bringing in Scholz off the bench. After only 15 minutes in the second half, Makayla Kertscher’s ball found its way perfectly to Scholz on the left side of the box and a one time strike was slotted into the back of the net. Cheers erupted throughout the Glory bench and supporters section.

A few minutes later, Scholz would find herself just outside the North Shore 18-yard box and fired a rocket into goal, giving the Glory a 2-1 lead.

Coach Johnson expressed his excitement about the first match in club history and the effort from his players.

“It was nice to see the players settle in and trust each other as the game progressed. A relentless effort by every player resulted in some counterattacks, producing two quality goals. A stingy defensive effort was reinforced by solid goalkeeping that became more confident through the match” said Johnson.

The Glory will host North Shore United U18s on May 20 at Notre Dame Academy. Kickoff is set for 7:00 pm. A live stream of the match will be available for fans starting at 6:45 pm.