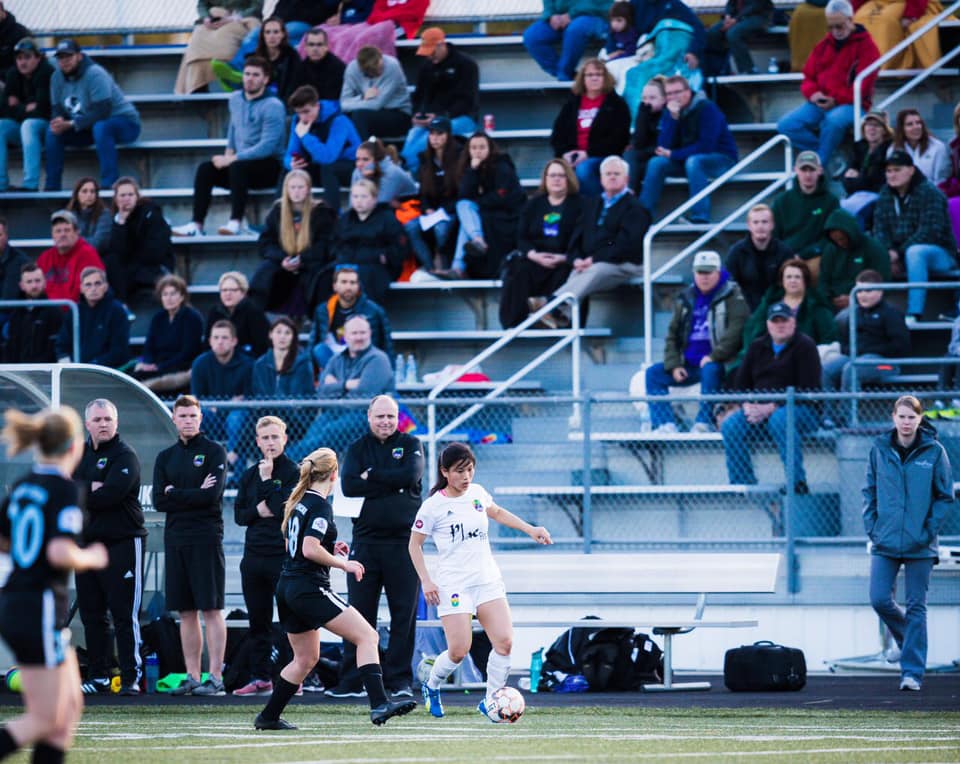 The Green Bay Glory finished off their 2019 preseason schedule with a 3-2 victory over North Shore United U18s on Monday night. In front of over 350 fans, the Glory dazzled supporters with their play under the Notre Dame Academy stadium lights.

After repeating their early struggles from last week, the Glory found themselves trailing 1-0 after only 20 minutes when a North Shore free kick ping-ponged around the goal box and was finally finished past the outstretched hands of goalkeeper Ashley LeCount. North Shore held strong and took a 1-0 led into halftime.

Head coach Chad Johnson changed his line-up at halftime and brought in fresh legs up top, it turned out to be a Glorious move as only three minutes into the second half, Caitlyn Hawley put a one-time finish past the North Shore keeper from just 6-yards out.

Two minutes later, Brynn Desens intercepted a pass and took it 25 yards before firing the go-ahead goal from 18-yards out to the far post.

With a 2-1 led, Green Bay continued to put dangerous balls into the North Shore box, yet United's keeper continued to make save after save.

Halfway through the second half, a fast break for North Shore resulted in their second goal of the match to level the scoreline at 2-2.

With nine minutes remaining in the match and still deadlocked, Green Bay launched another offensive attack down the right wing. A ball would get crossed into the box, bounce off the keepers hands and find the feet of Glory attacker Grace Taylor who calmly finished the loose ball off to ultimately secure a Green Bay victory.

The Glory turn their focus to Saturday night when they play host to the Milwaukee Torrent in their inaugural season opener. Kick off is 6:00 pm at Aldo Santaga Stadium on the campus of UW-Green Bay.

Still looking to get your single game or season long tickets? Grab them today at www.greenbayglory.com