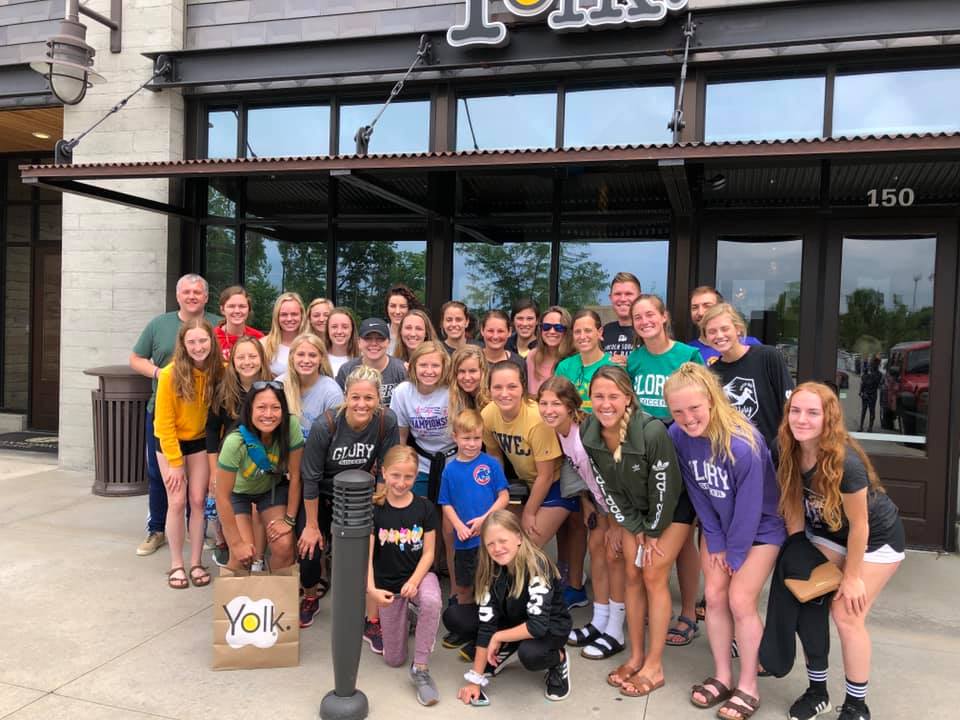 The Green Bay Glory went to Indiana for a two-game weekend campaign and came home with memories and three points.

Green Bay lost their Friday night match against FC Pride 2-0, despite having a catalog of chances, the ball just avoided the back of the net for the Glory.

Head coach Chad Johnson after the loss to the Pride.

“Nothing easy about 6-7 hours on a bus and then jump right into a tough match but that’s the expectation in this league. Our game one results were not a true reflection of our effort, possession and pressure on the opponents goal.”

Green Bay took their rest day to recharge, take in an Indy 11 match and spend time planning their attack for the match against Indy Saints FC on Sunday.

It did not take a look for the Glory to find their rhythm as Trudy Quidzinski needed just four minutes to slot a pass from Brynn Desens to the far post for the first goal of the match.

Just before halftime, the Glory won a corner kick. Quidzinski sent in a high ball to the back post and Mckayla Kertscher met it well with her head to double Green Bay’s lead before the break and ultimately secure the final score result.

Coach Johnson had high praise following their third WPSL win of the season. “After a day off and a couple dress list changes, Sunday’s match had the Glory up and on the attack early.  Defense connected well with the mids and our target player up front. Girls were rewarded with two quality goals in the first half from Quidzinski and Kertscher. We played very balanced after the weather delay. We had a few quality chances but focused on securing the shutout and three points in the standings. Very proud of the players and the Glory organization for a successful weekend.”

The Glory return to Aldo Santaga Stadium Thursday night for their final WPSL home game of the 2019 season against Indy Saints. Tickets and more information can be found at www.greenbayglory.com.