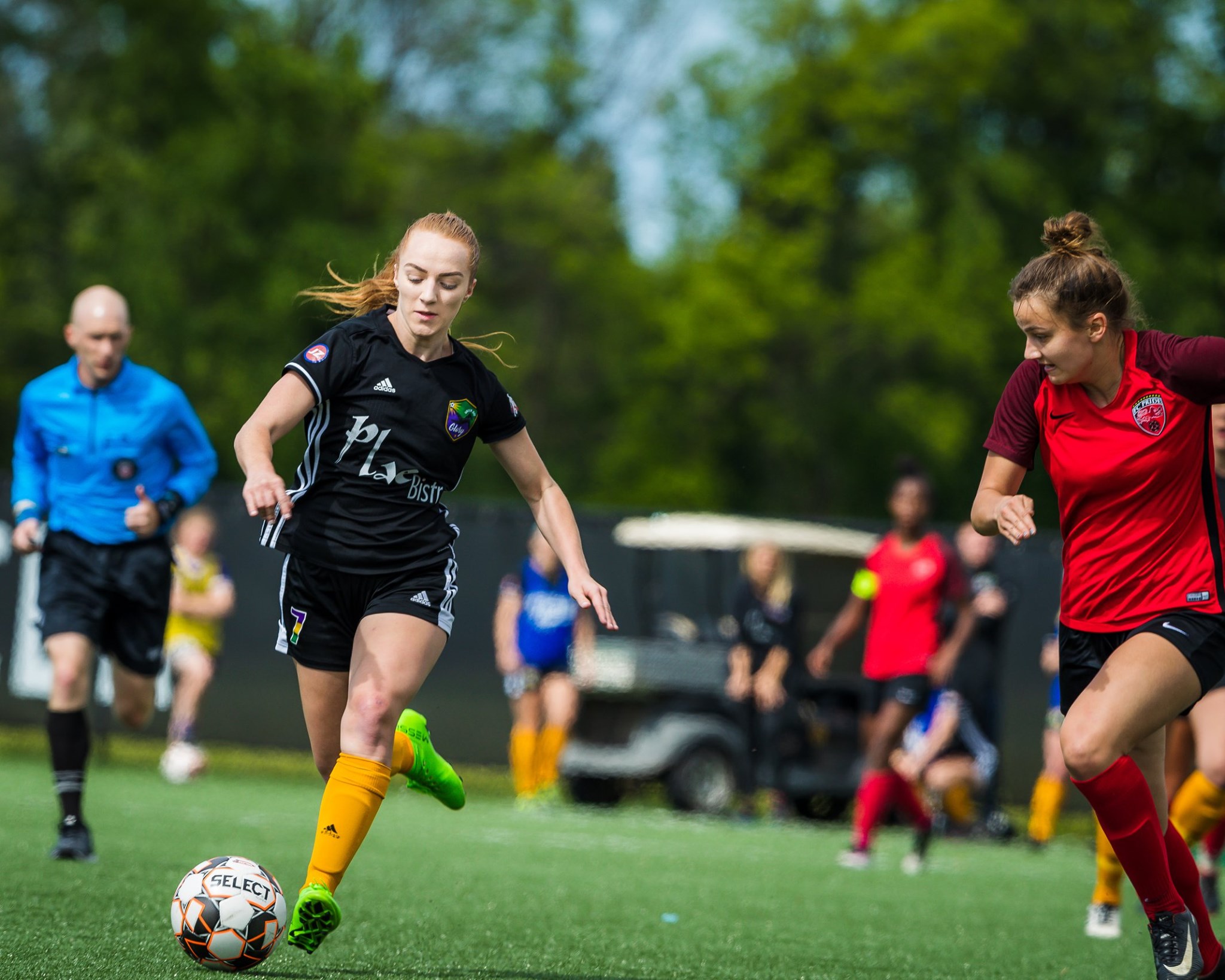 The Green Bay Glory hit the road for a two game stint in Indiana starting Friday night against FC Pride at 7:00 pm.

After a thrilling 2-1 victory over the Pride last Sunday at Aldo Santaga Stadium, the Glory will look to extend their winning streak in Indianapolis. Goals from Anna Boyd and Jaci Mielke proved to the difference last Sunday afternoon.

Coach Chad Johnson offered his thoughts about the upcoming two-game road trip. “I’m looking forward to a two game road trip with the team. With a match on Friday & Sunday we will get quality team time on Saturday in Indianapolis.  Players are healthy. This weeks training has been strong. We are still working hard at playing strong for 90 mins and minimizing the number of critical mistakes in matches. Staff is looking forward to adding Jenna Ceune, who became available this week, (NDA Senior) into the line up at some point this road trip. Goal is to return home with a positive record at 4 and 3 and get back in front of our home crowd Thursday.”

FC Pride defeated Indy Saints FC Wednesday night 6-1 thanks to a hat trick from Miyah Watford. With that hat-rick Watford now has nine goals in WPSL action this season, which places her at third best among all WPSL active players.

Green Bay will face another quick turn around as they will finish their Indiana tour with a match Sunday against Indy Saints FC at 3:00 pm.

Indy Saints look to rebound after their tough loss Wednesday night against FC Pride at home against Green Bay.

The Glory return home for their final match at Aldo Santaga Stadium on June 27 against Indy Saints. Kickoff is scheduled for 7:00 pm. Tickets and more information can be found on www.greenbayglory.com.